Our most spectacular conversion yet! Celebrating 75 years of Louis with an anniversary bike. 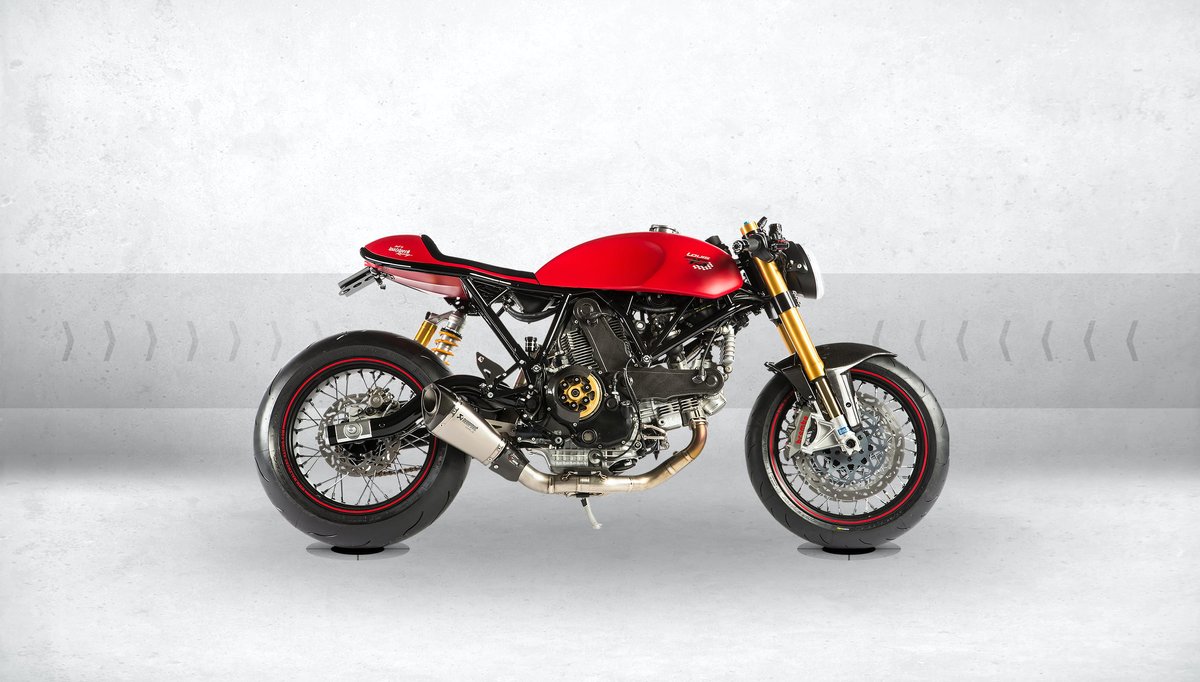 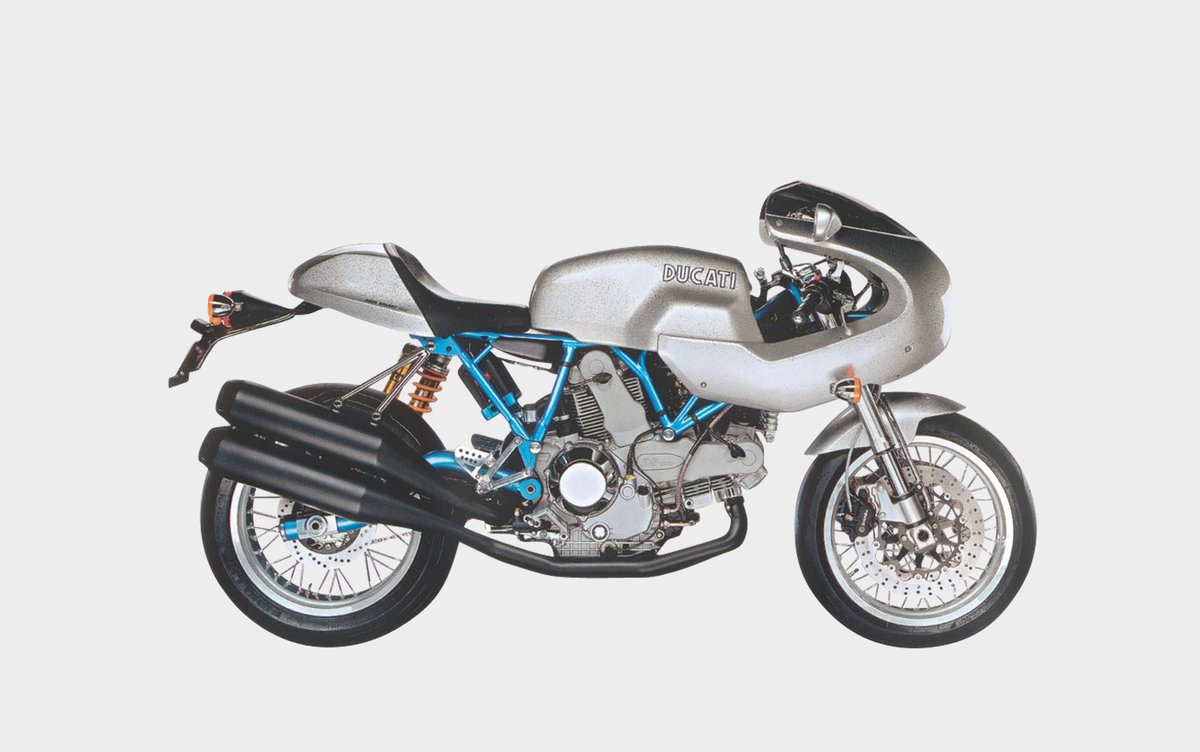 It all began with a question: What would be appropriate for the 75th anniversary of a company which spends its whole life thinking about nothing but motorcycles? A motorcycle, of course! But not just any motorbike. It had to be a machine which combines tradition and the future. A unique symbol of passion, perfect right down to the finest detail, very sporty and yet street legal. A thoroughbred riding machine – a café racer.

It quickly became clear that only one of the best customisers in the world would qualify to make this dream a reality: Marcus Walz. Marcus is a perfectionist. He knows that it all comes down to the small things that you don’t even notice at first glance, but which are decisive in creating a perfect overall impression. 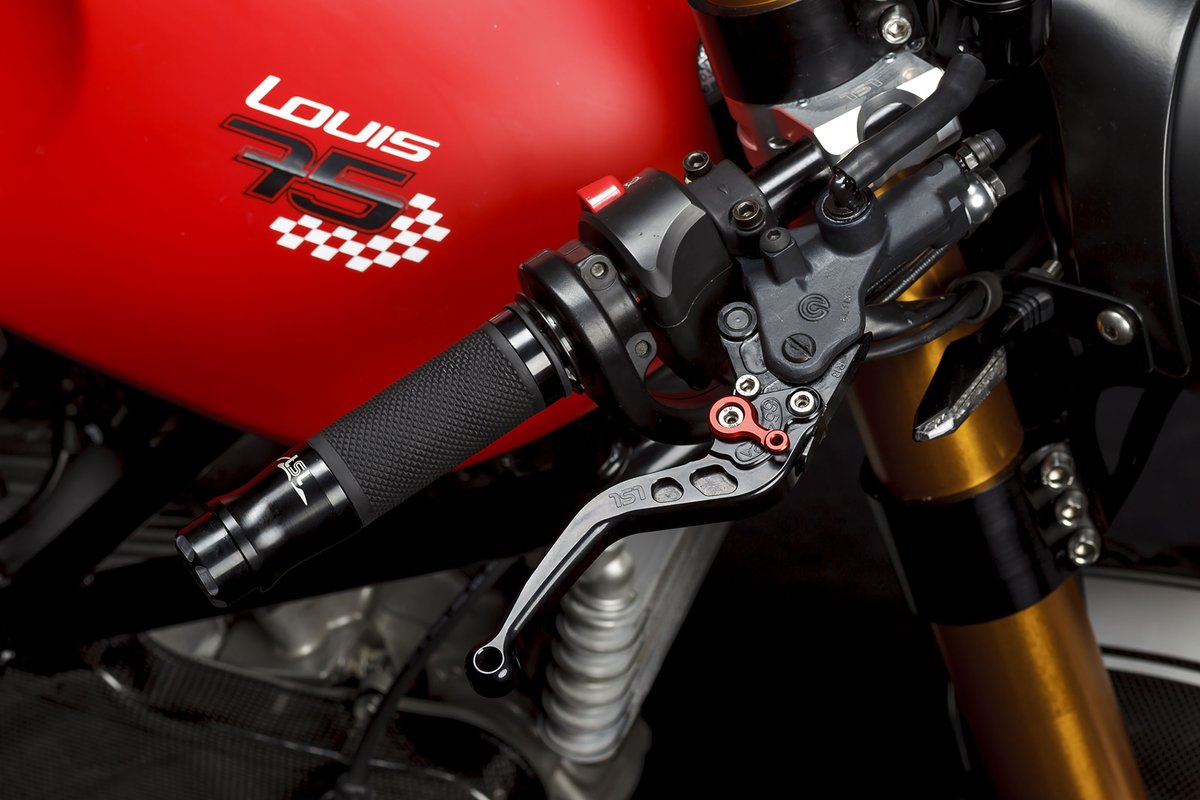 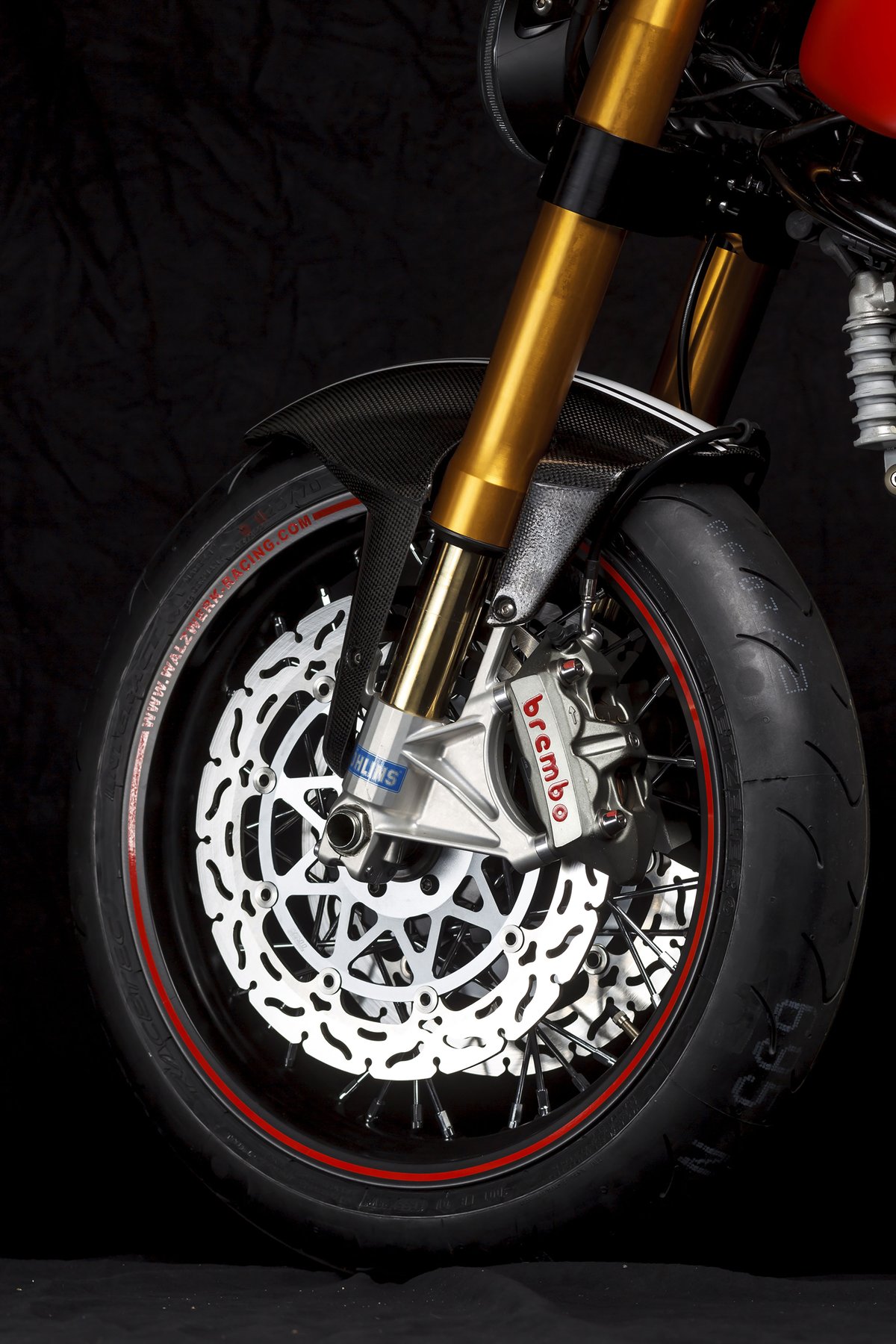 Joint project: The choice of basic concept and components was put to Facebook

It was also clear in our minds that we did not want to decide on the design of the motorcycle alone. It should be a collaborative project: in five stages, Facebook users voted on the basic concept, the wheels, handlebar, instruments, lights and the paintwork. As an ideal starting point, we decided on a Ducati Sport 1000 which, even in the stock version, already creates quite a lot of "emozione". Add to that a hefty 92 hp, little more than 200 kg and the wonderful air-cooled Desmo-L-Twin held by a tubular trellis frame. You certainly can’t accuse this machine of being unattractive, but what Marcus Walz made of it in the end beats the stock Duc hands down! The first impression at the unveiling in Hockenheim: Wow! What a beauty! And what a sound!

Crafted with love and perfectionism: Countless details testify to a huge amount of work

Standing and gazing at the machine, you cannot help but be even more impressed when you recognise, little by little, just how much work has gone into the details. First of all there is the metal work, which gives the motorcycle an extremely graceful, slimline, wiry look: the tank was beaten and shaped by hand from aluminium sheet. Likewise with the delicate seat hump and the tailskirt with integrated LED tail light In order to make these beautiful lines possible, the rear frame was not the only thing to be completely redesigned. Even the housing of the fuel pump is custom built, machined from aluminium and hidden from view by integrating it into the tank.

On the stock machine, the battery sits quite unattractively between the two frame triangles underneath the seat. This space is now totally clean and tidy and visually gives the bike a lot more lightness. And where is the electric power source now? It is hidden underneath the seat hump. Of course, no conventional battery would have fitted in there. So Marcus used a lithium-ion battery weighing only 800 g. 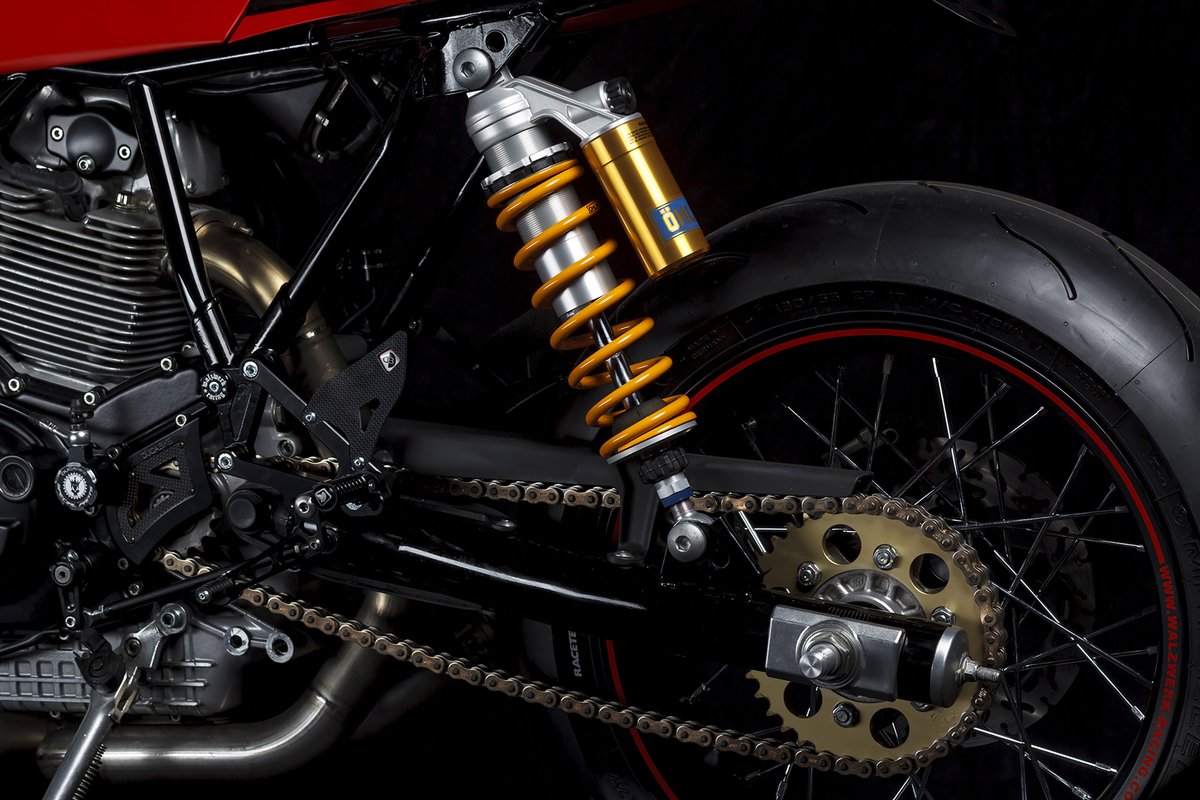 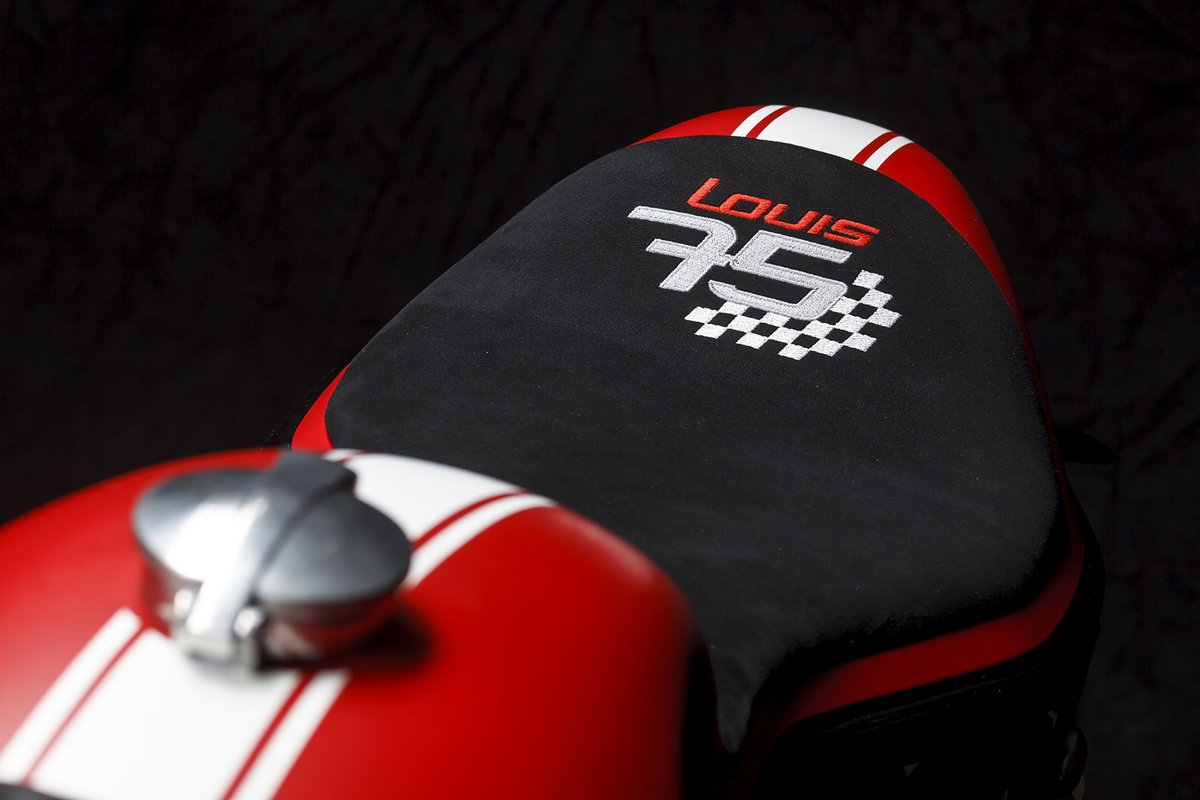 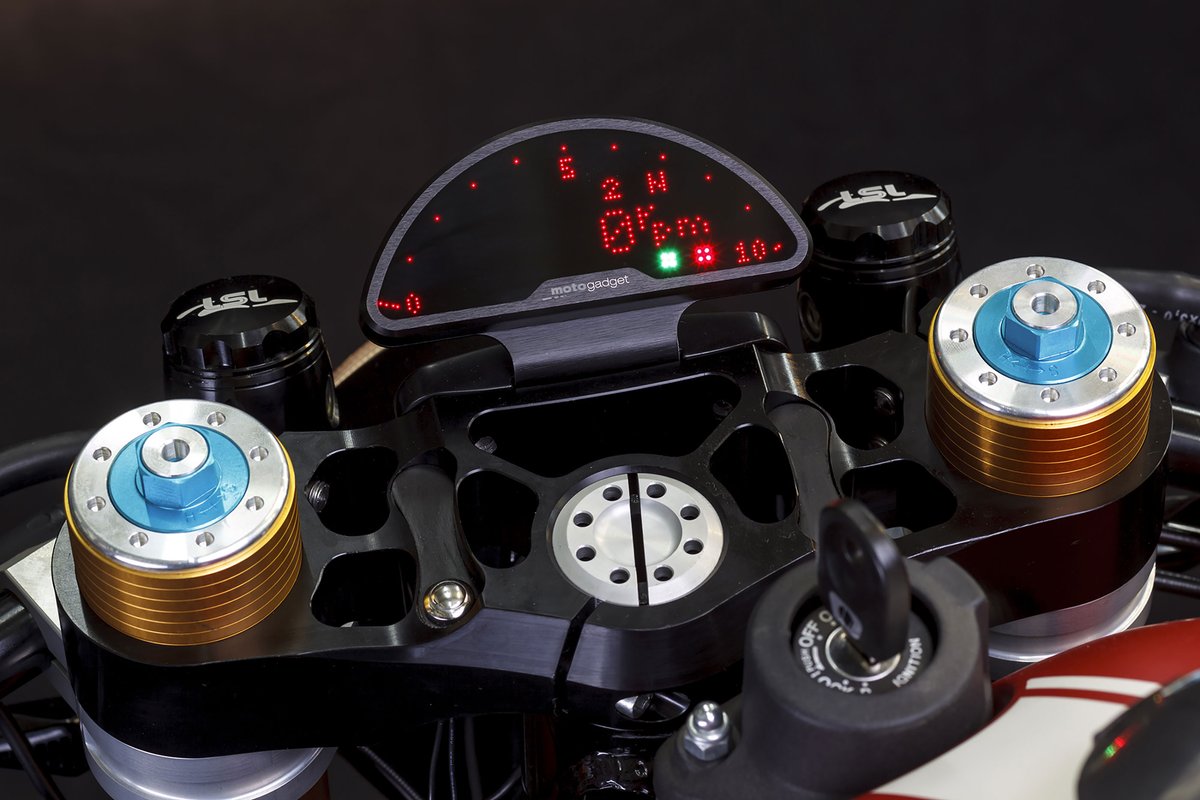 Öhlins and Brembo deliver top-class chassis for the anniversary bike

At WalzWerk, there is no room for compromise when it comes to chassis components. That’s why an Öhlins fork which is normally intended for a Ducati 999R is used at the front, and a specially produced height-adjustable shock, also from Öhlins, is used at the rear. The triple tree is made from billet aluminium, weighs around 1.5 kg less than the original and is around three times as strong. The braking system is state-of-the-art, too: Brembo monoblocks combined with TRW/Lucas racing brake discs.

The controls from LSL are a dream: clip-ons, grips, clutch and brake levers, in addition to brake fluid reservoirs on their own specially developed mounts. The reservoirs now sit very tightly and inconspicuously up against the triple tree. The V-Rod-style headlight from the Louis range also fits perfectly into the compact front. The Walz footrest system, which was machined from aluminium, is multiply adjustable in all directions. When it came to choosing the wheels, the Facebook community decided, true to style, on spoke wheels with Akront flat shoulder rims, whilst Marcus chose tyres with a proven racing pedigree in the Metzeler Racetec K3.

Marcus left the inner workings of the engine untouched, with the exception of a light Ergal clutch basket and a light SBK clutch. Nevertheless, the twin-cylinder engine has now gained a whole eight hp, mainly thanks to the exhaust system. As a development and design partner of Akrapovic, Marcus was able to have a complete titanium system made especially for the Jubilee bike and fine-tune it with a special control device.

In case further evidence of Marcus Walz’ devotion to detail were needed: in order to give the engine a clean and tidy appearance, he replaced the original oil lines with those of a Ducati Hypermotard, because they do not pass over the belt cover. 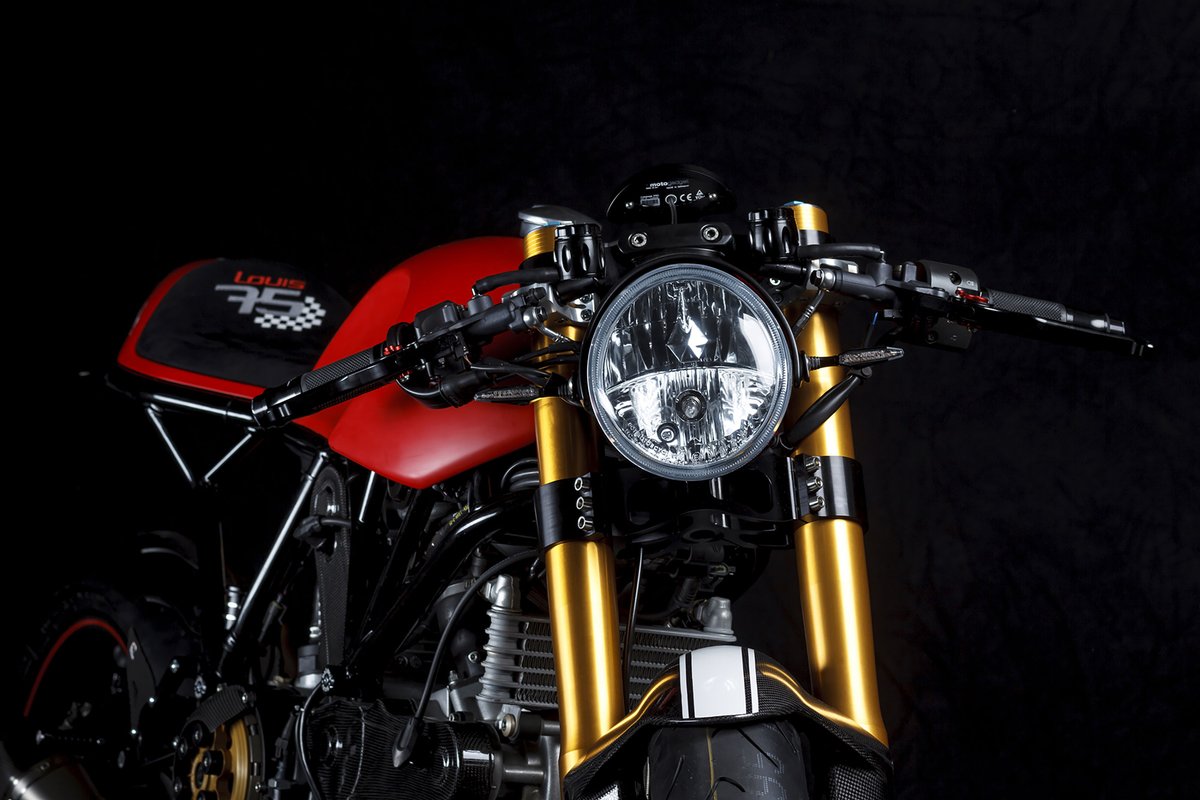 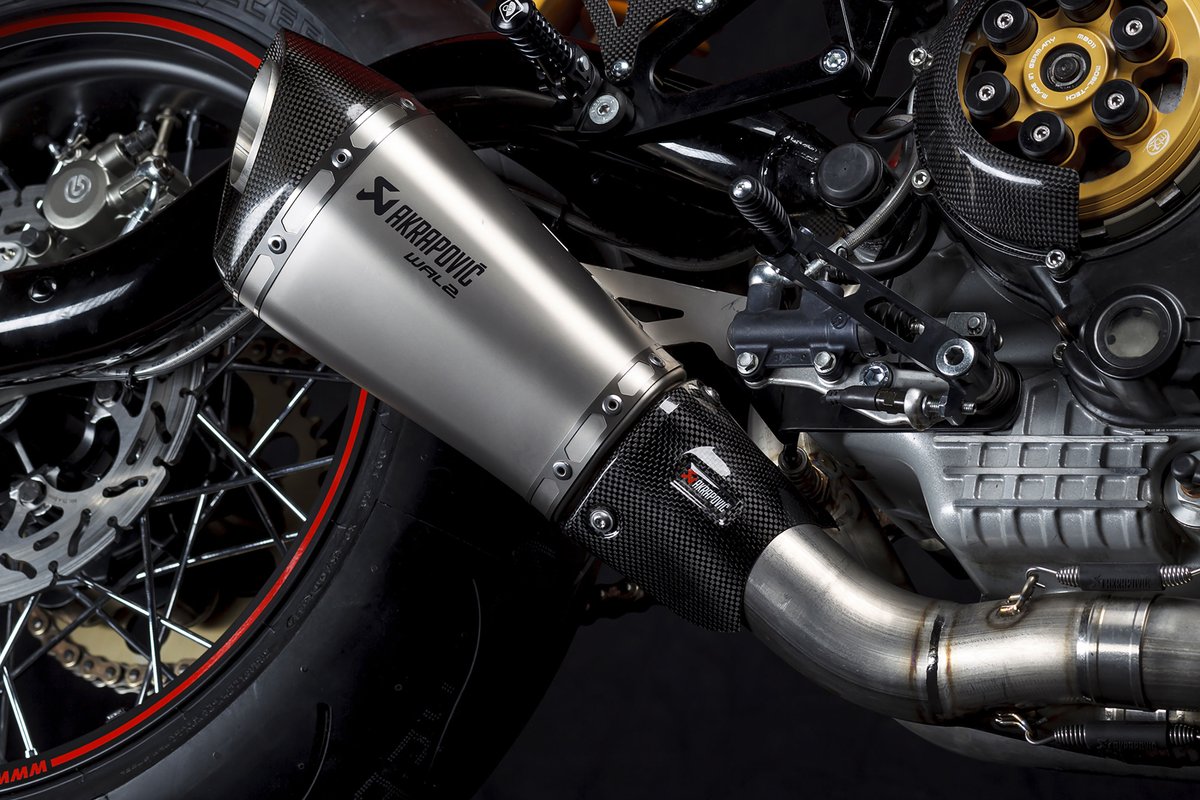 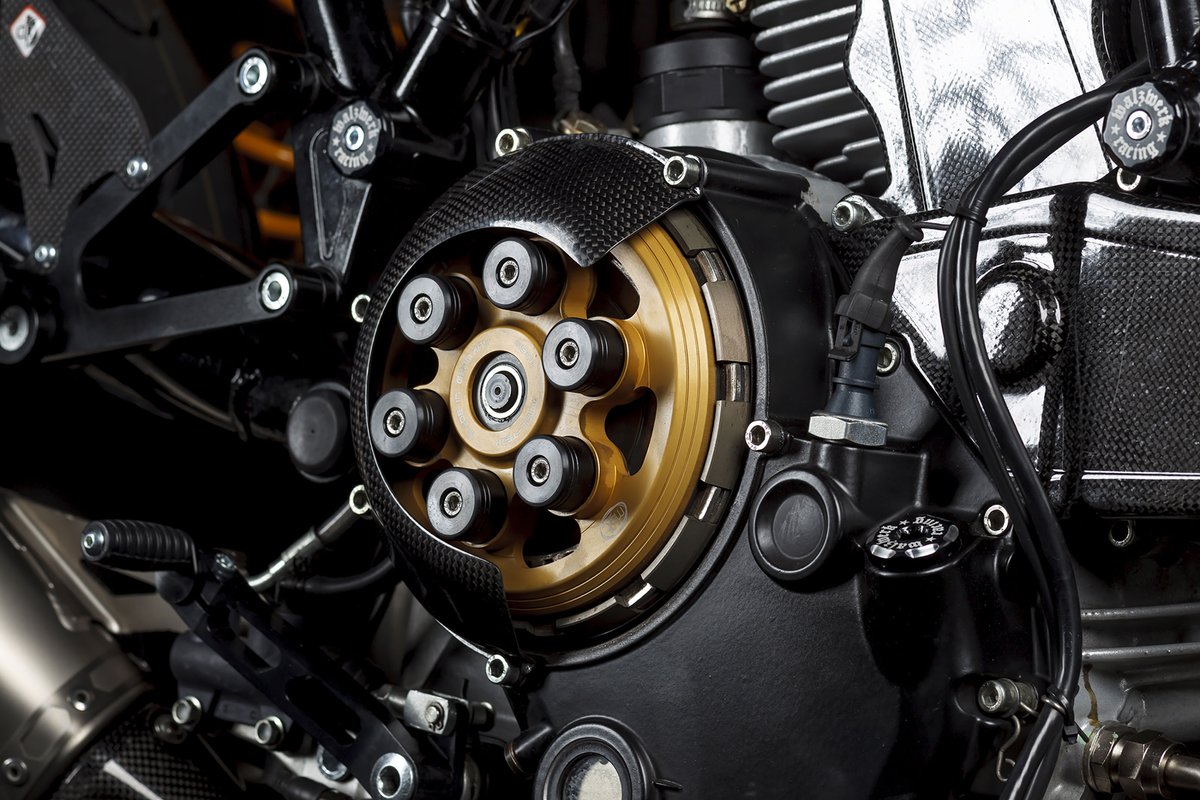 The Ducati's paintwork: A dream in “Anniversario Rosso”

One highlight which you simply have to see "in the flesh" is the finish: the red is a special paint from the Ducati factory called "Anniversario Rosso" (Anniversary Red), which is used exclusively for anniversary and display models. The white stripes were applied by Marcus personally. All of the logos on the painted parts came from the hand and brush of Maze Grafx, who has been the "in-house" pinstriper at the WalzWerk for many years. The matt clear varnish is a secret mixture: it is smooth and low-maintenance like a gloss varnish and yet has the perfect degree of matting.

To list all of the further modifications, such as the ultra-light wiring harness, would go beyond the scope here. All we'll say is that in total, the Ducati lost almost 20 kg in weight in the course of the rebuild.

After a year spent touring various trade fairs, a good many Louis stores and various motorcycle media, we then put our anniversary bike up for auction and donated the proceeds to a good cause.